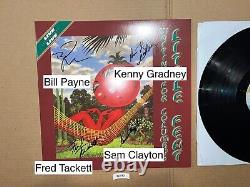 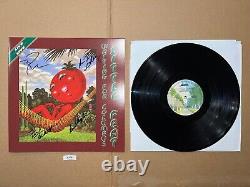 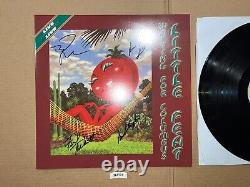 The final three shows were recorded the following week at George Washington University's Lisner Auditorium in Washington, D. Local Washington radio personality Don "Cerphe" Colwell can be heard leading the audience in a "F-E-A-T" spellout in between the first ("Join the Band") and second ("Fat Man in the Bathtub") tracks. The band were backed by the Tower of Power horn section with whom they had recorded for their 1974 album Feats Don't Fail Me Now. This is unconditionally guaranteed to be authentic. You will receive this exact item pictured in this listing.

This item is hand signed by Little Feat (Bill Payne, Kenny Gradney, Fred Tackett, and Sam Clayton). This item is not auto-penned, stamped, or a reproduction. Guaranteed to pass any third party authentication.