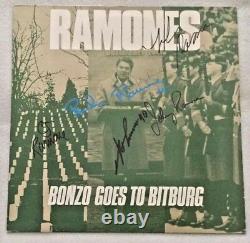 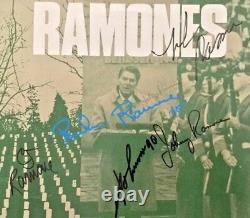 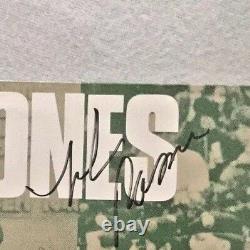 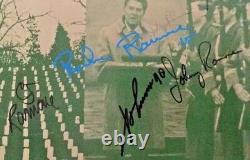 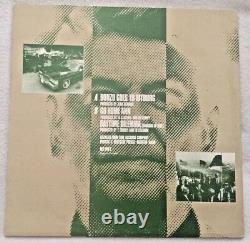 It must be noted that Johnny actually signed this single twice: first with a ballpoint pen at Brassy's in Cocoa Beach, Florida, on March 28, 1987, and then again at Visage in 1990. After the Visage show, Monte (their tour manager) took my records into the dressing room to get signed. A short while later Marky came out holding my records. He said that Johnny wanted to know who signed this single.

I told Marky that Johnny did a few years ago in Cocoa Beach. Marky laughed and said, OK, I'll tell him. In retrospect it is kind of funny that Johnny signed this twice as he wasn't a big fan of the song since he was a staunch Ronald Reagan supporter. Also, as an added protection, this item will be sent with Signature Confirmation.

The item "Autographed/Signed Ramones Bonzo Goes To Bitburg Vinyl Single UK Import" is in sale since Sunday, December 9, 2018. This item is in the category "Entertainment Memorabilia\Autographs-Original\Music\Rock & Pop\Records".