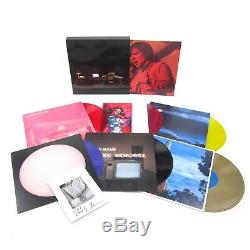 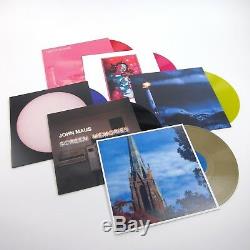 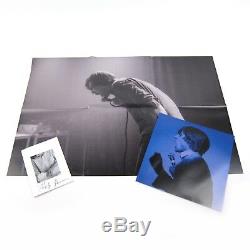 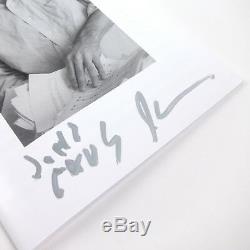 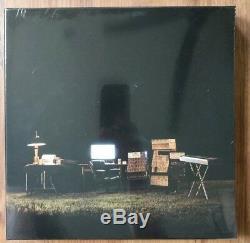 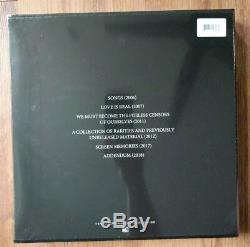 John Maus (Colored Vinyl) Vinyl 6LP Boxset. John Maus fans have been crying for a reissue of the mans catalog on vinyl for years, and while individual represses of each album are on the horizon, heres a chance to snatch them all up at once, with a treasure trove of extras to sweeten the deal for patient Mauskateers. This set was previously only available direct from Ribbon Music, but our lovely neighbors at Domino have blessed us with a limited amount (were told these are the last copies in existence).

Theres simply too much brilliant music contained here and not enough time or space for me to write about it in one sitting, so well focus on the exclusive materials. Theres a 56 page full color booklet with rare photos of Johns home and workspace, and lyrics for all his songs; many of which have been hard to make out through all the gloomy reverb theyre soaked in (por ejemplo: one hilarious and previously indecipherable line in Teenage Witch goes: I played in Haunted Graffiti, lmao), plus a smaller booklet containing transcribed sheet music for a selection of songs from his catalog, autographed by Maus initially only the first 500 were to be signed, but he said fuck it!

And just signed all of them. The real prize here is Addendum, a brand new full-length album that wont be made available on wax outside of this set. It was recorded during the Screen Memories sessions, and its just as good, if not better tracks like Episode, Outer Space, Privacy and Second Death are up there with the mans most chilling tunes, but longtime fans will want to head straight for the last two tracks (1987 and I Want To Live); re-recorded versions of early rarities that didnt make it onto Songs (also, discerning fans will note that the artwork is recycled from Johns first release, the Love Letters From Hell CD-R from 2000). Its all housed in a glossy hardcover slipcase with a giant foldout poster and download code for all six records, which have been remastered at Abbey Road Studios and sound fantastic.

Note: Screen Memories is on black vinyl, all other LPs are on colored vinyl. The 6 LP box set is a limited edition one time pressing on 180gram heavyweight colored vinyl and contains the following releases. · Songs (2006) - Red vinyl. · Love is Real (2007) - Pink vinyl. · We Must Become the Pitiless Censors of Ourselves (2011) - Yellow vinyl. · A Collection of Rarities and Previously Unreleased Material (2012) - Purple vinyl. · Screen Memories (2017) - Marble vinyl.

· Addendum (2018) - Gold vinyl. Audio for the box set has been sourced from the original masters and lacquers cut at Abbey Road Mastering. A download card is included in the box set. Please note, in addition to the five studio albums, the box set includes the twelve track never-before-released studio album Addendum whose LP format is exclusive to the one time pressing of the box set. 36 x 24 fold out poster.

Originally only 500 copies were meant to be signed, but John Maus eventually signed all 1000, as evidenced on the label's Twitter account. The item "John Maus Colored Vinyl 6xLP Box Set Signed/Autographed New Sealed Rare OOP" is in sale since Wednesday, September 26, 2018.

This item is in the category "Music\Records". The seller is "limitedpressrecords" and is located in Niagara Falls, New York. This item can be shipped worldwide.